You are here: Home / Executive Committee NFBPWC- NYC / Our Heritage

The National Federation of Business and Professional Women’s Clubs (NFBPWC) was founded by Dr. Lena Madesin Phillips in New York in 1919 and the International Federation of Business and Professional Women (IFBPW also known as BPW International) was founded in 1930. BPW International has become one of the most influential international networks of business and professional women with affiliates in over 100 countries on  five continents. BPW has consultative status with the United Nations Economic and Social Council (ECOSOC) and participatory status with the Council of Europe. Its members include influential women leaders, entrepreneurs, business owners, executives, professionals and young career women.
The root of BPW’s advocacy is embedded in the work with the United Nations. BPW lobbied for the formation of the Commission on the Status of Women (CSW) and supported many women’s issues. BPW was awarded a Peace Messenger Certificate from UN Secretary-General Javier Perez de Cuellar in 1987. Esther Hymer, BPW representative at the UN, was named as one of three women playing a significant role in the work of the UN Commission by Secretary-General Kofi Annan in 1997. 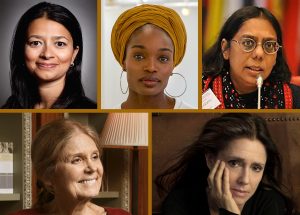